We left Kubu Kubu Tented Lodge and headed toward the crater for a two night stay at the Ngorongoro Farm House. Just as we were heading out Michael spotted a caracal crossing the road. We stopped and waited for him/her to come out of the tall grass. What a beautiful cat! We also saw our first cheetah, who posed nicely for me. Then just as we exited from the Serengeti gate, five lions were spotted a short distance from the road drinking from some puddles. Again, amazing.

At lunch we spotted the first and only woodpecker – the one time I didn’t have my camera on me. Kathy took some photos. Based on observations at the time, we think it was a Cardinal Woodpecker. 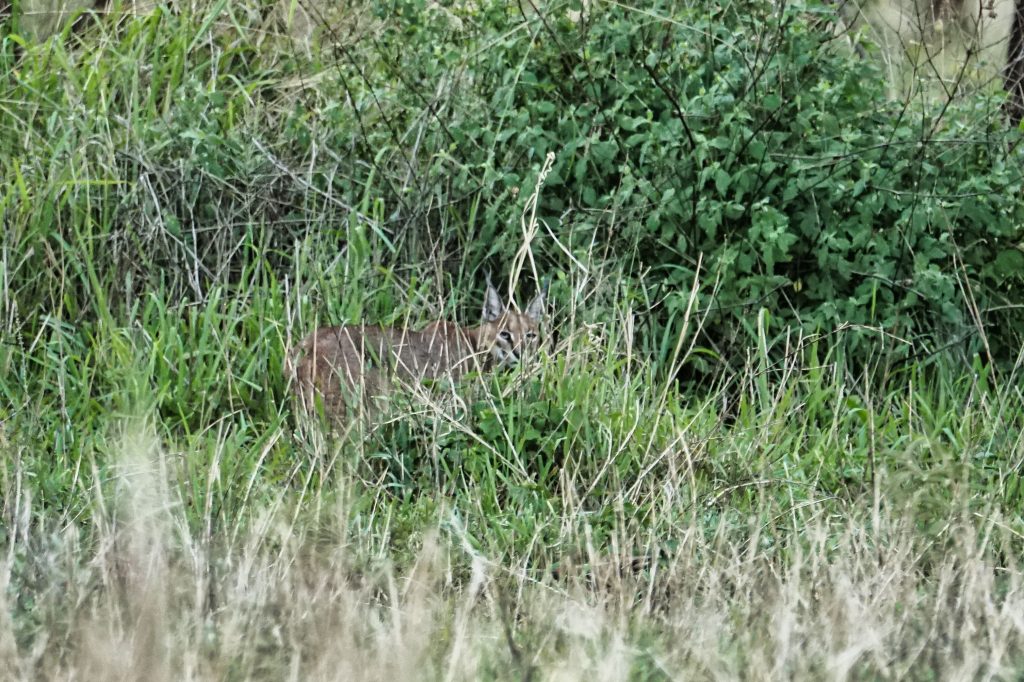 Michael spotted this caracal as it crossed the road. We waited for bit to see if it would wander out where I could get a photo - and he/she did just that.
Download 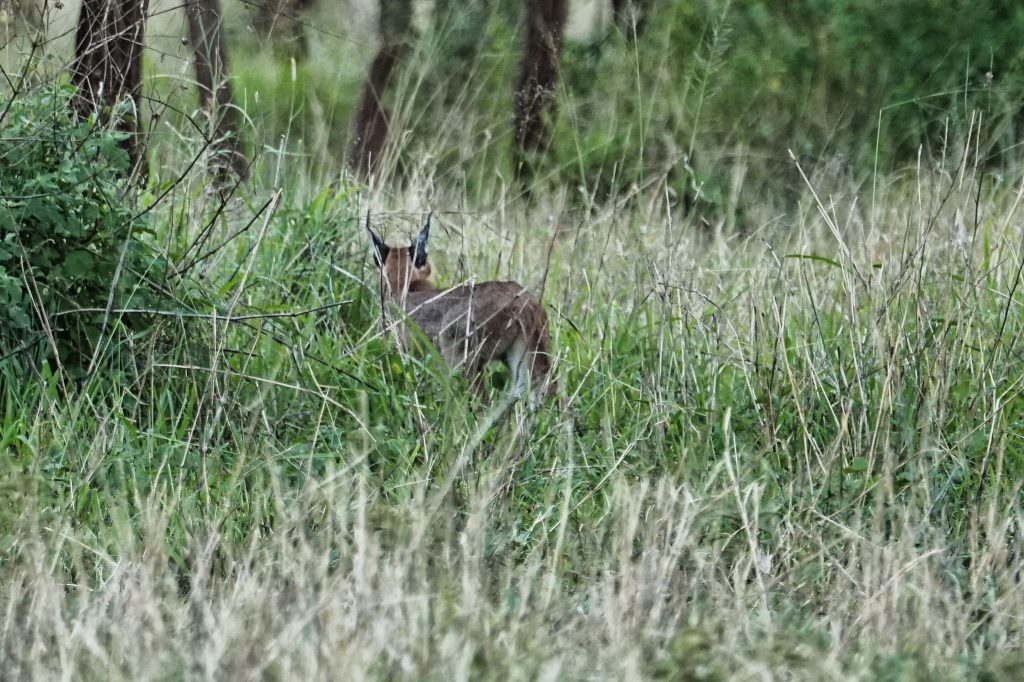 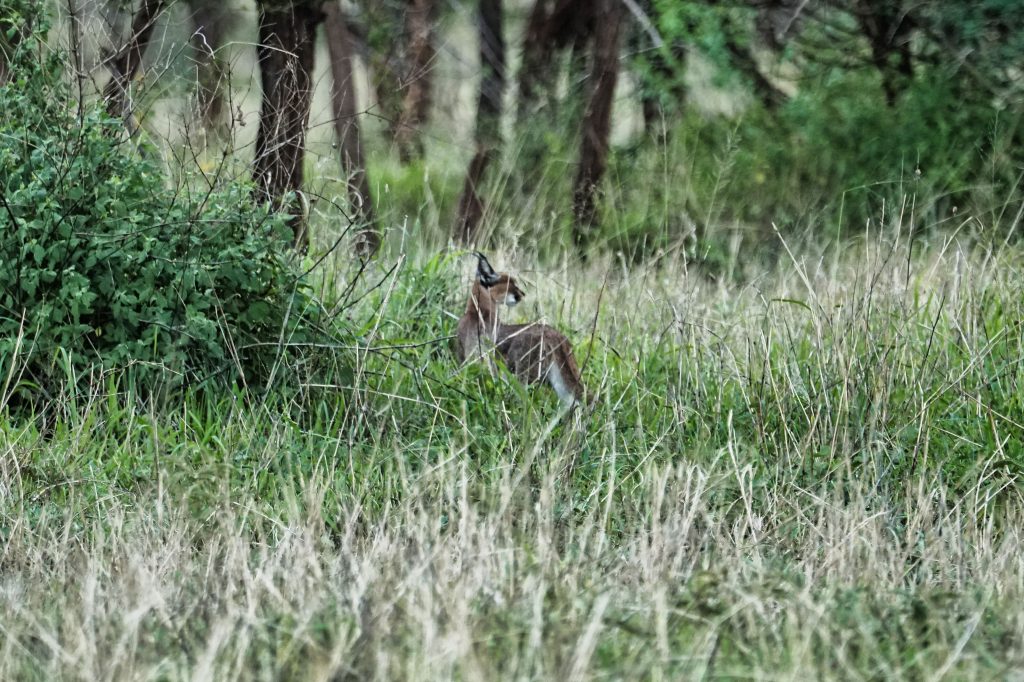 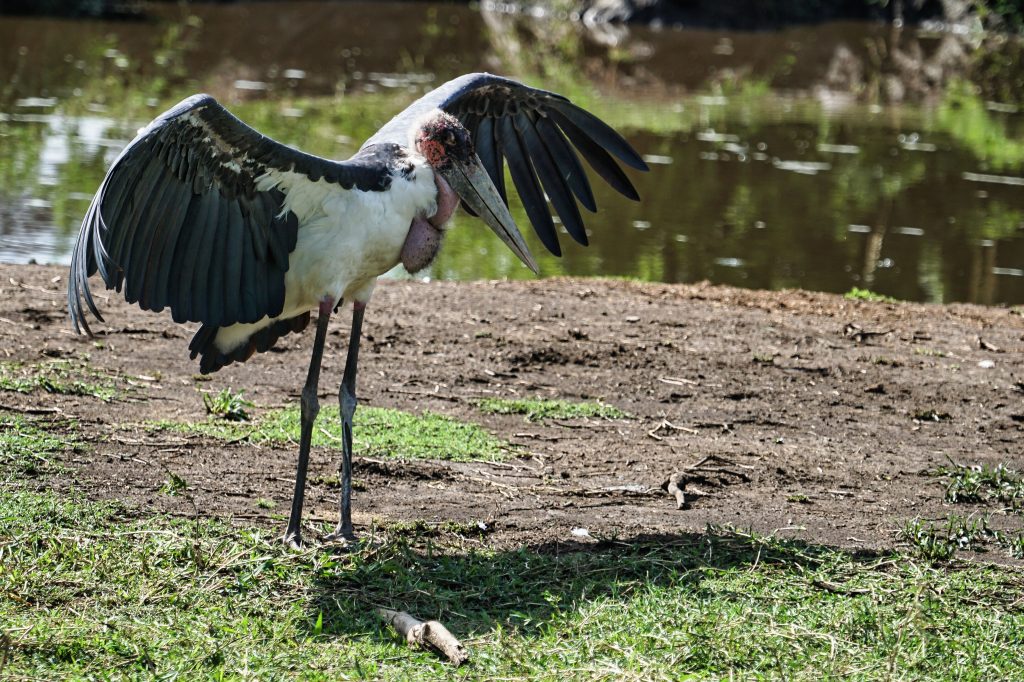 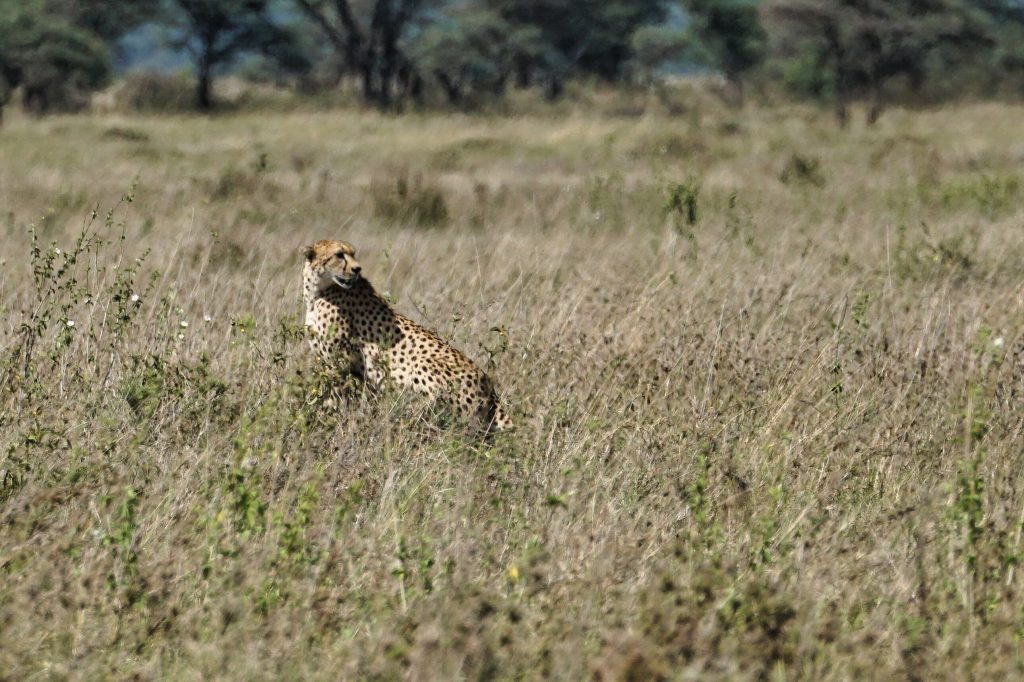 Cheetah. I took many photos of the field trying to spot the cheetah. It was beyond were I could se clearly. Finally he/she got up to look around and it caught a photo. It was a day full of big cats - my favorites.
Download 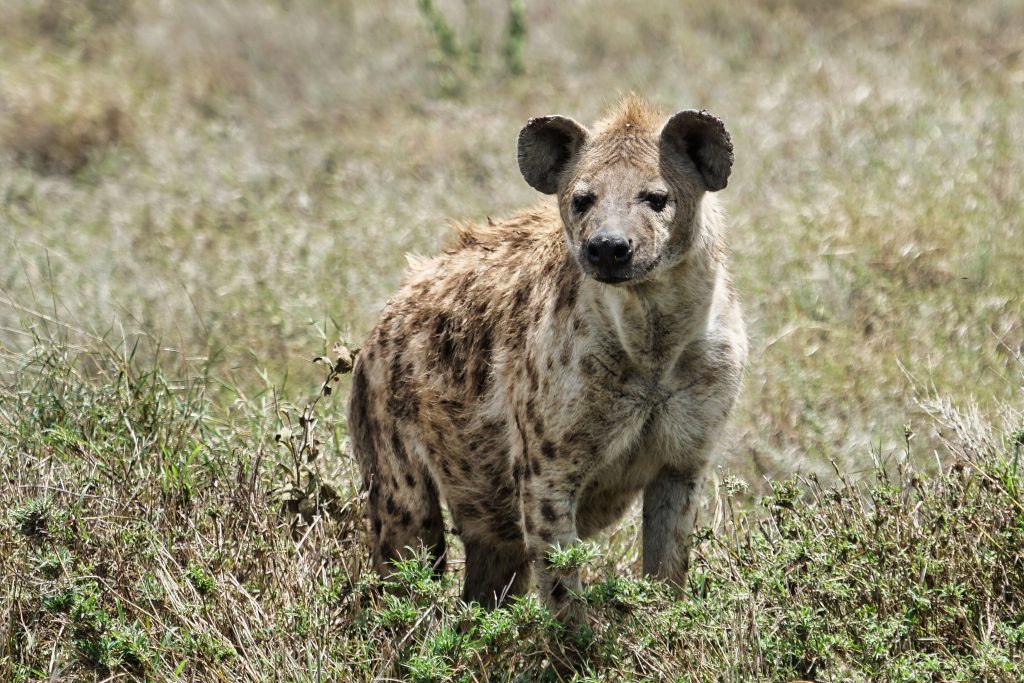 Spotted hyena - this one looks relatively free from flies.
Download 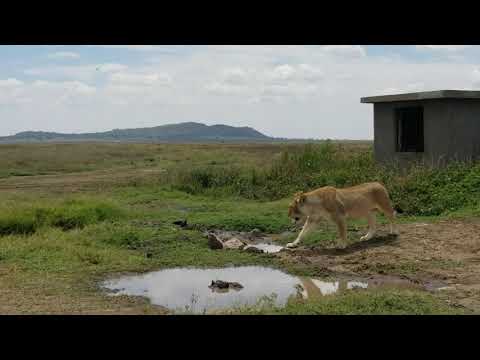 Three male and two female lions took some time to drink from puddles near the road. I think there was a water pump station nearby and the puddles were runoff.
Download 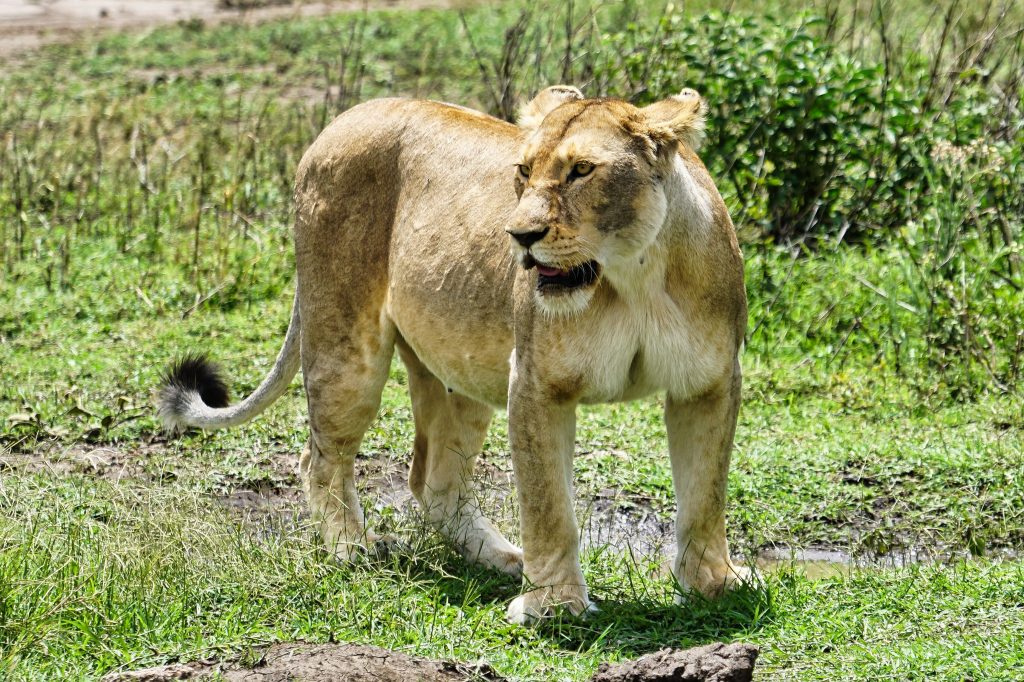 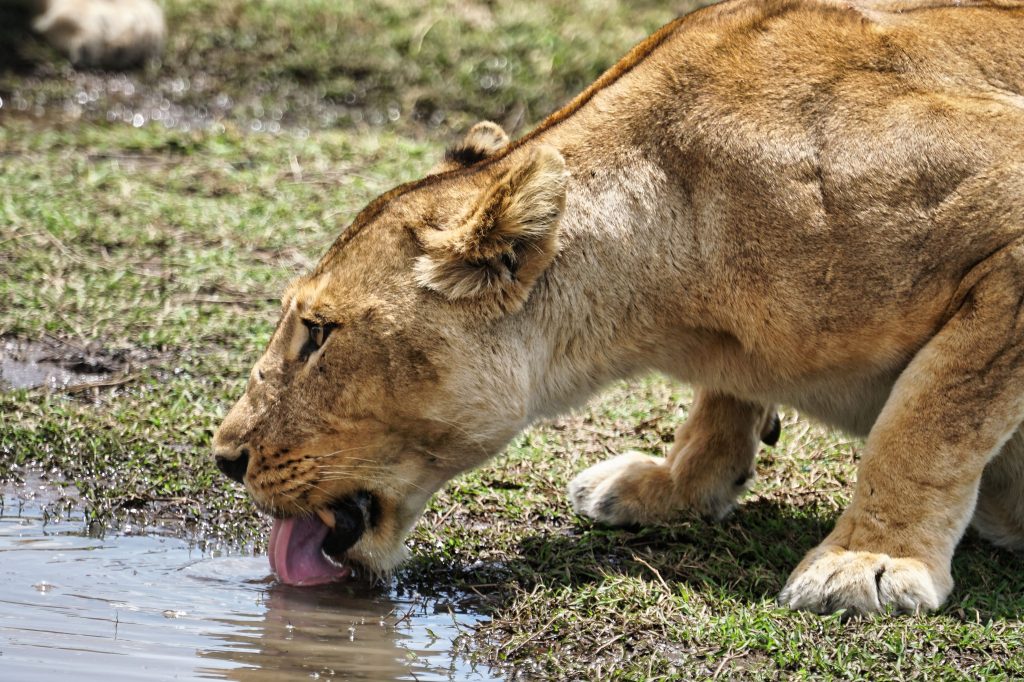 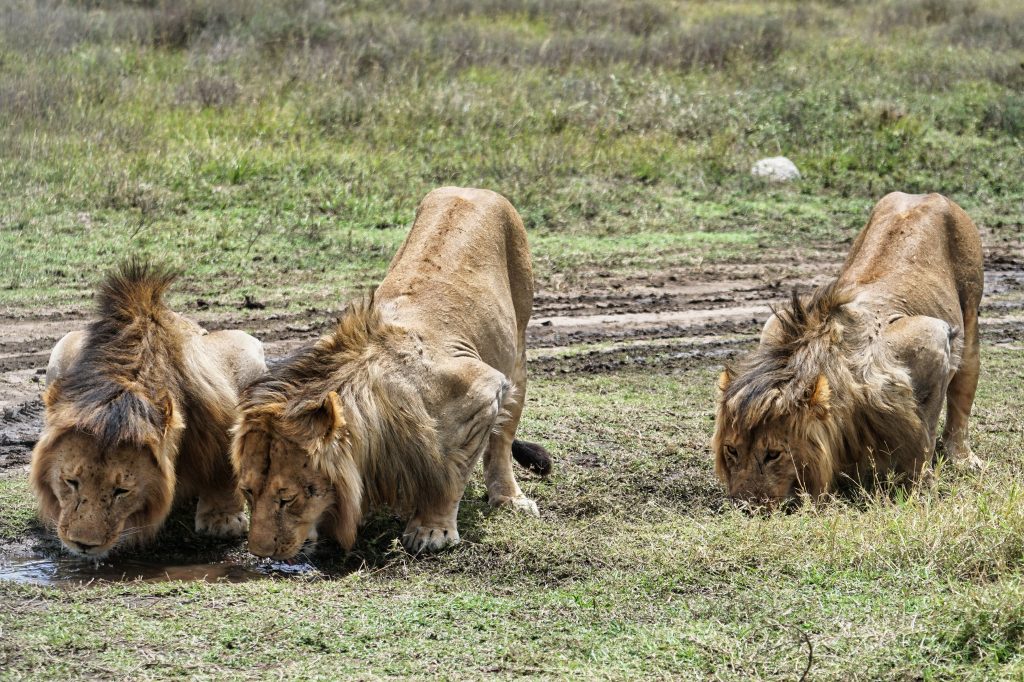 The three males were there first, and then the two females joined in.
Download 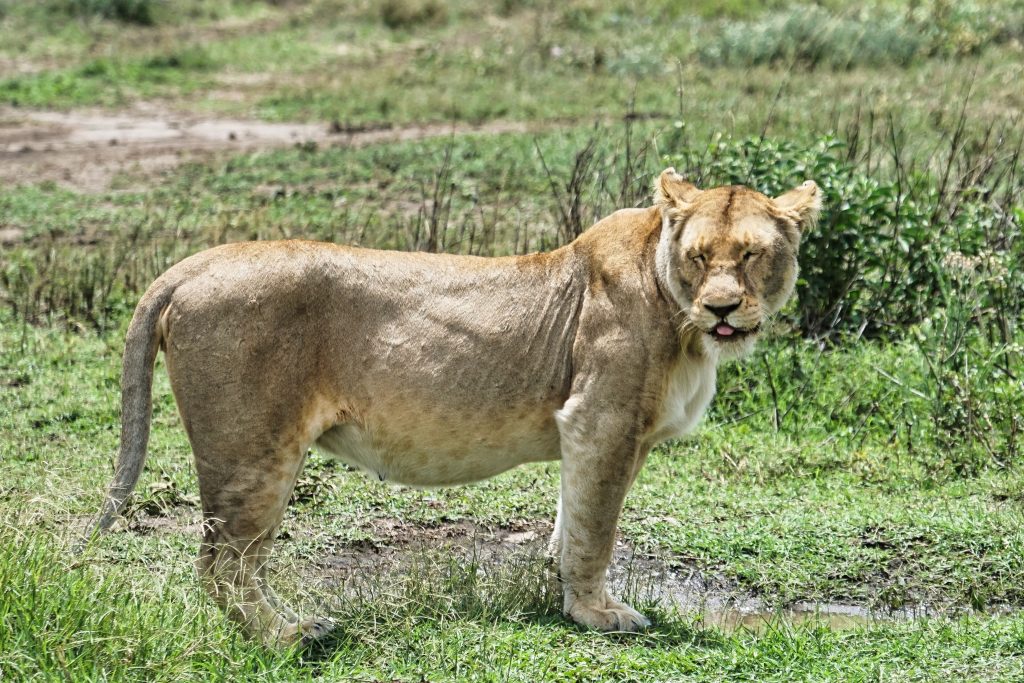 Sometimes they make funny (or seems that way) faces.
Download 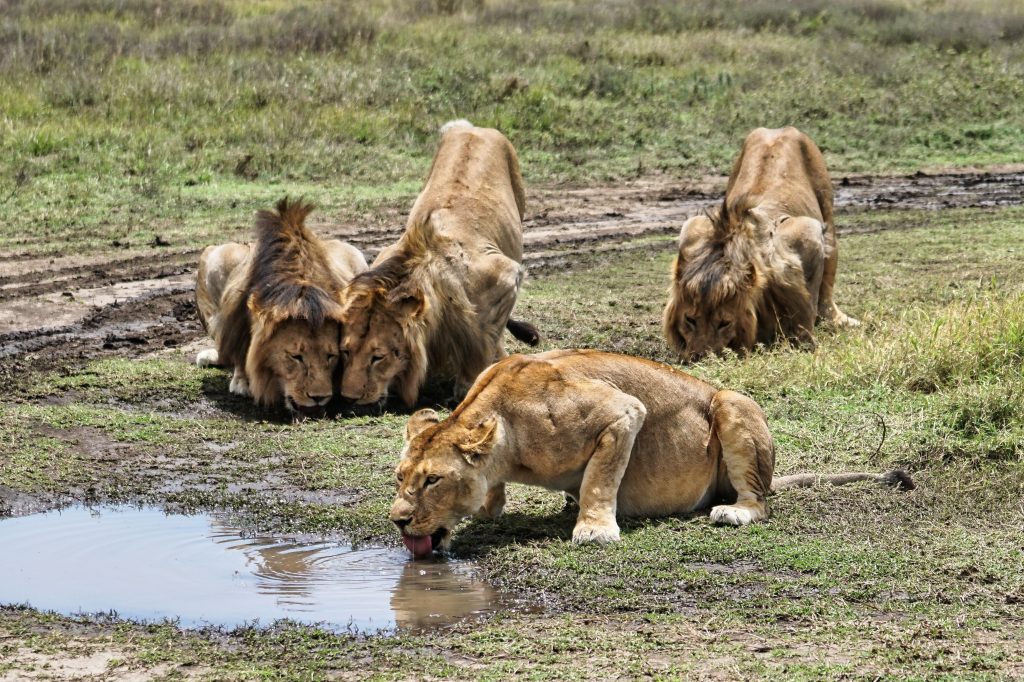 The lioness is either very well fed or pregnant.
Download 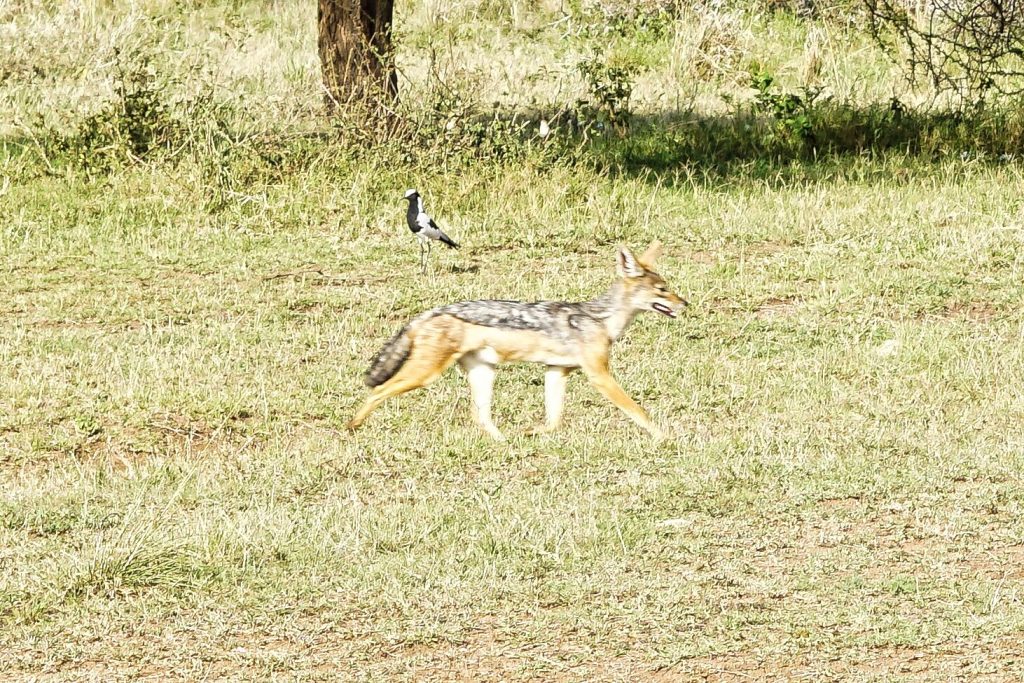 Black-backed Jackal - lousy photo but enough for an ID
Download 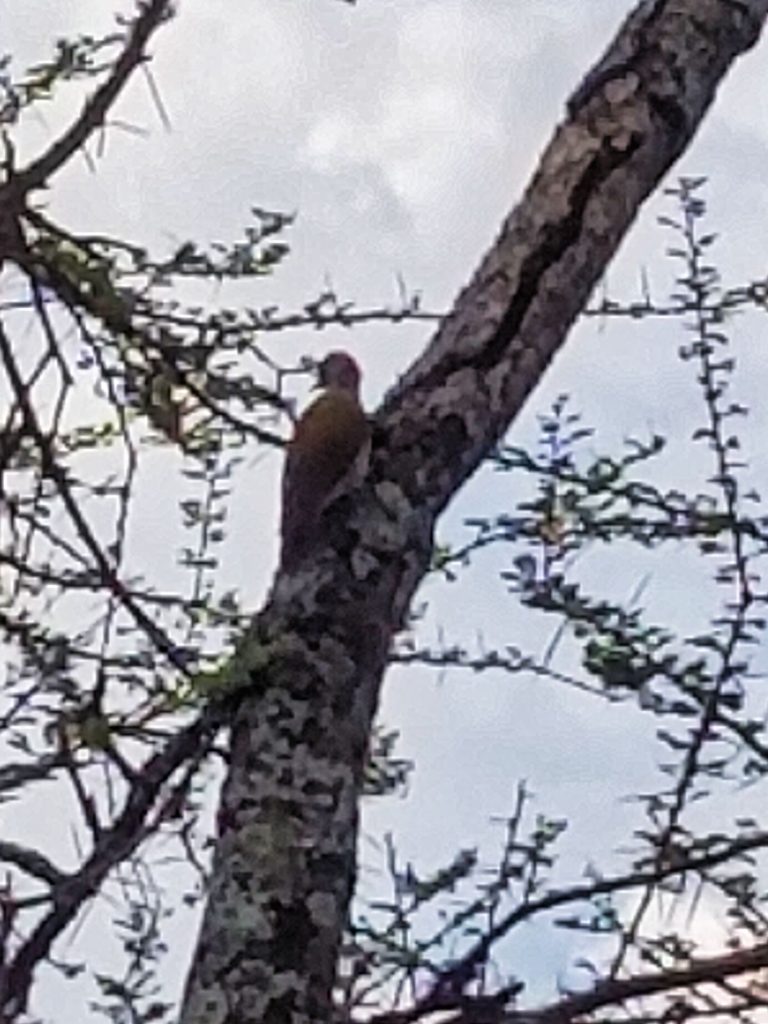 This is the only woodpecker we spotted. I heard it first and didn't have my camera with me - stupid.
Download 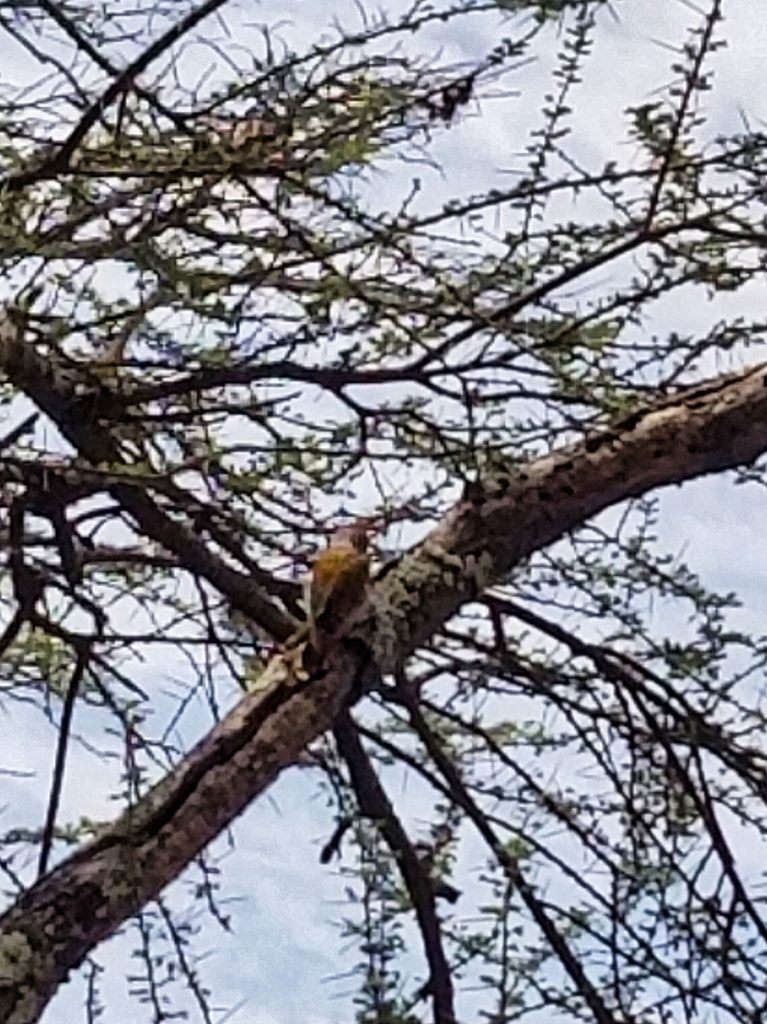 Based on our observations at the time, and less the photos, we think it is a cardinal woodpecker.
Download 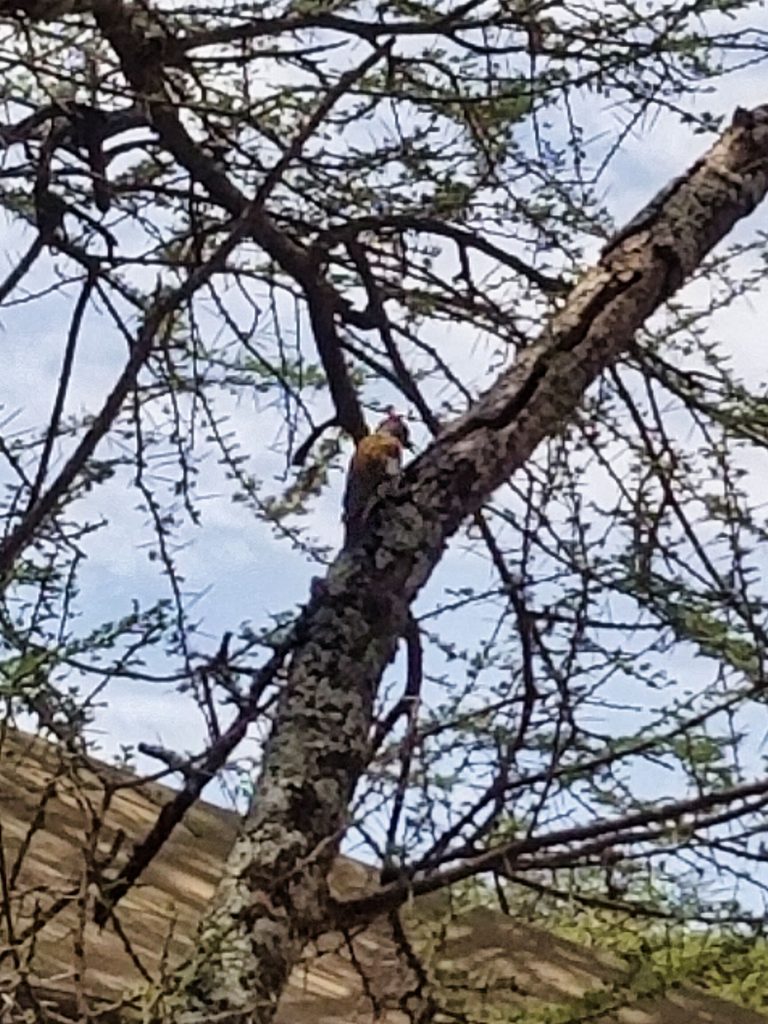 Sadly, the photos are not good enough for an ID through iNaturalist.
Download 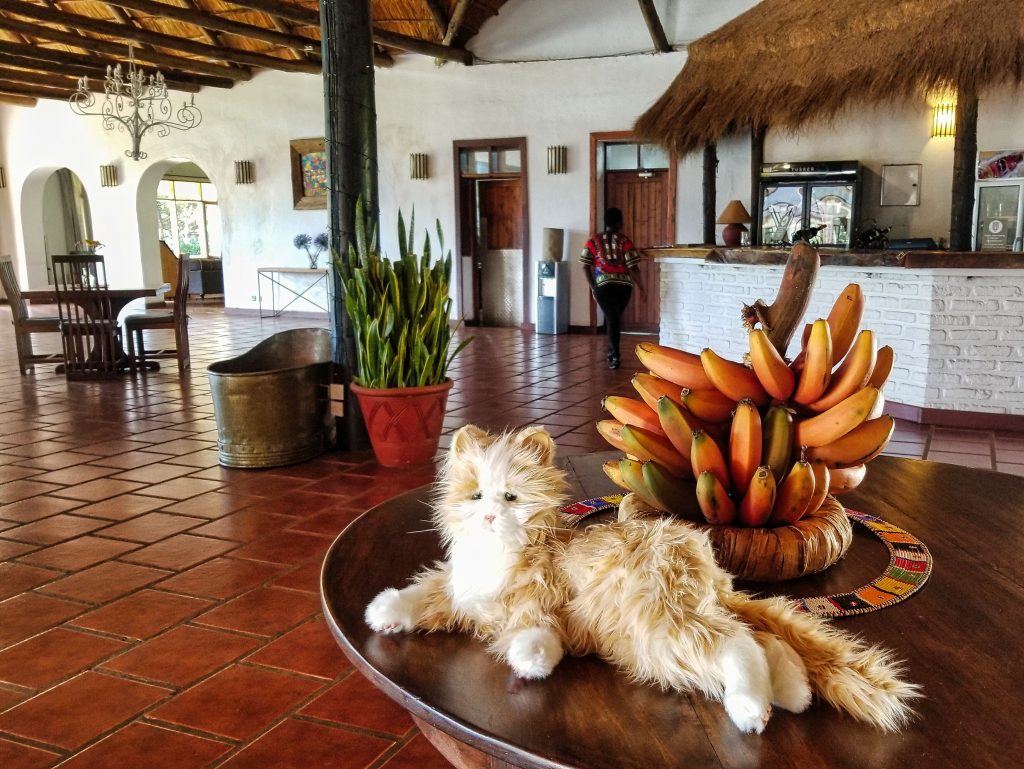 This is the main lodge area at the Ngorongoro Farm House. Tagawizi enjoyed her stay.
Download 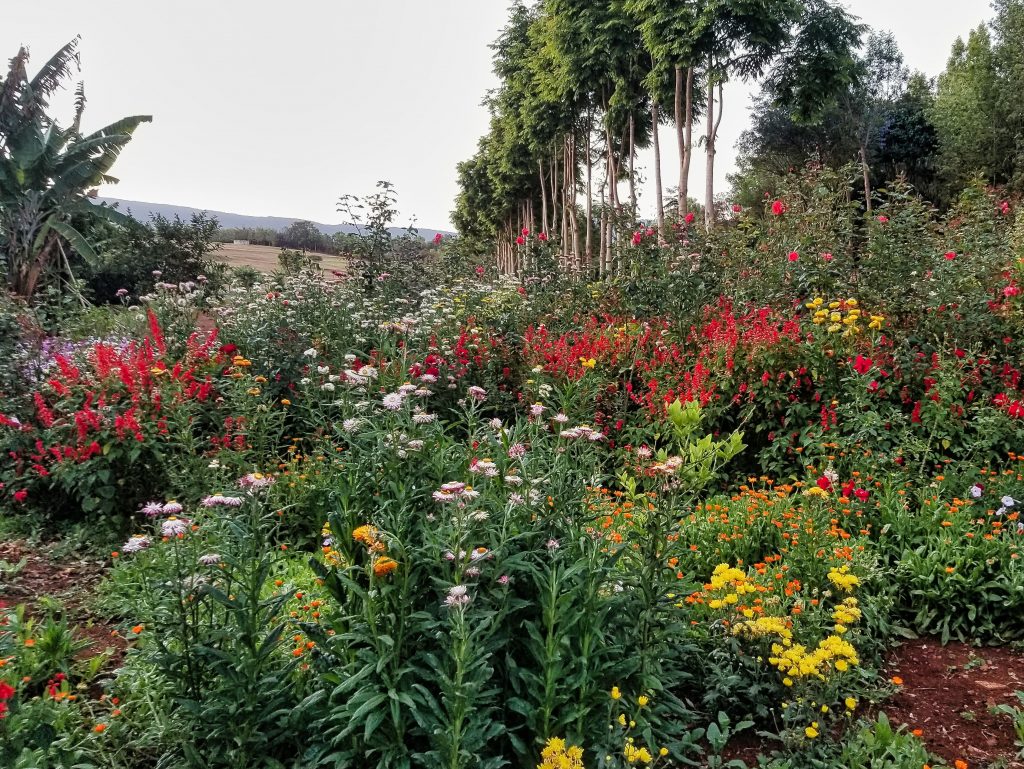 This lodge is also a working farm and coffee plantation. They supply goods to the other lodges that are part of the same chain. The flowers were stunning.
Download 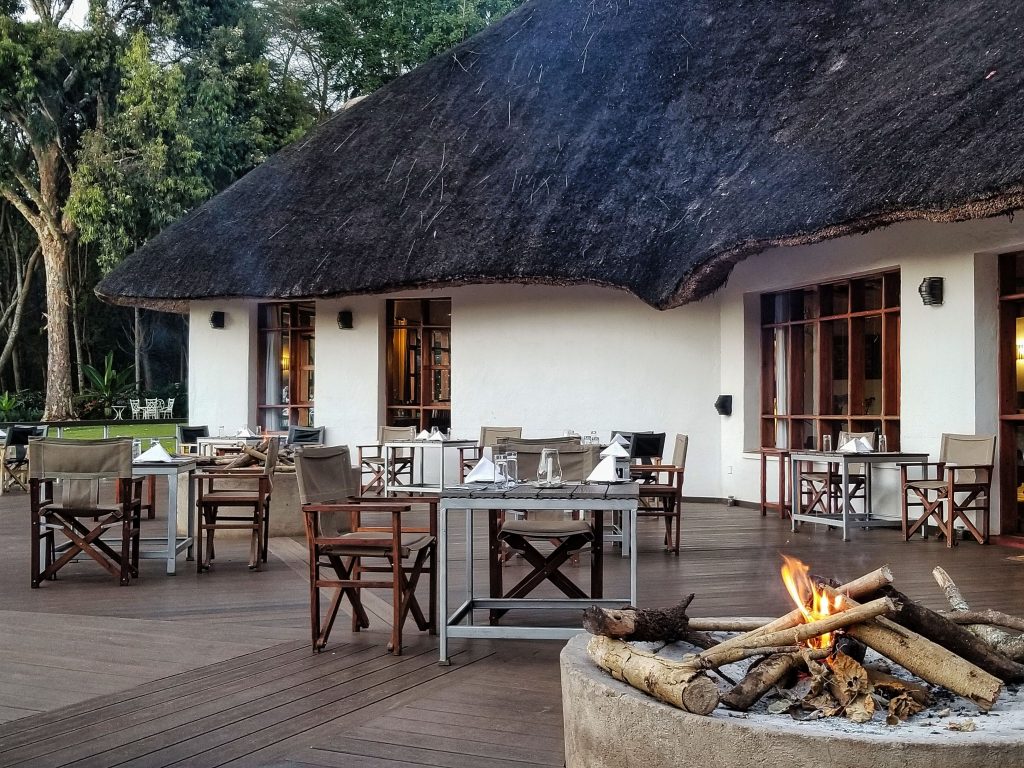 Outdoor restaurant area. The smoke kept the bugs away, but I didn't really like the smell.
Download 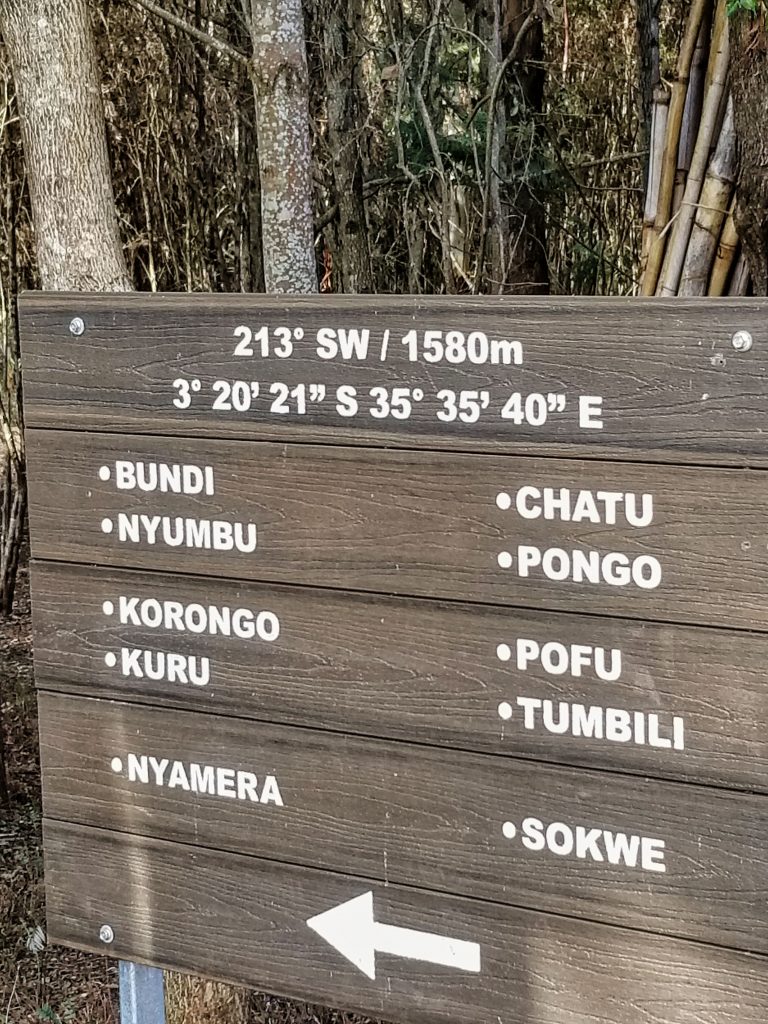 We were in the Bundi lodge, which is Swahili for Owl. Seemed appropriate.
Download 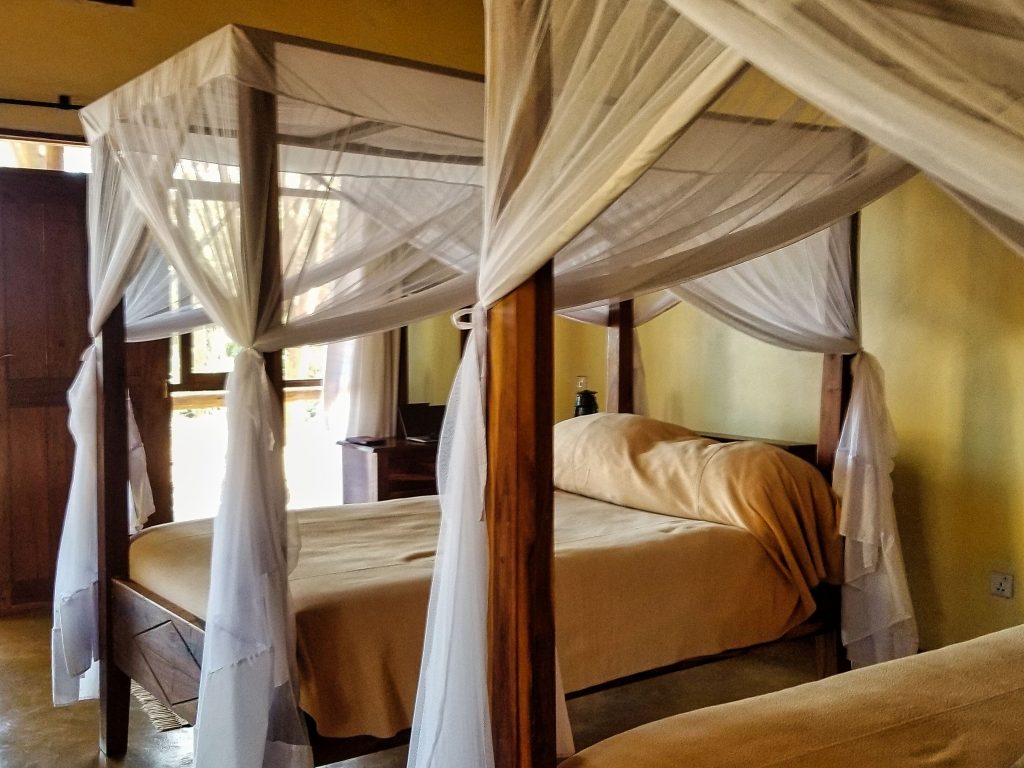 The room was lovely, but the colors a bit odd.
Download 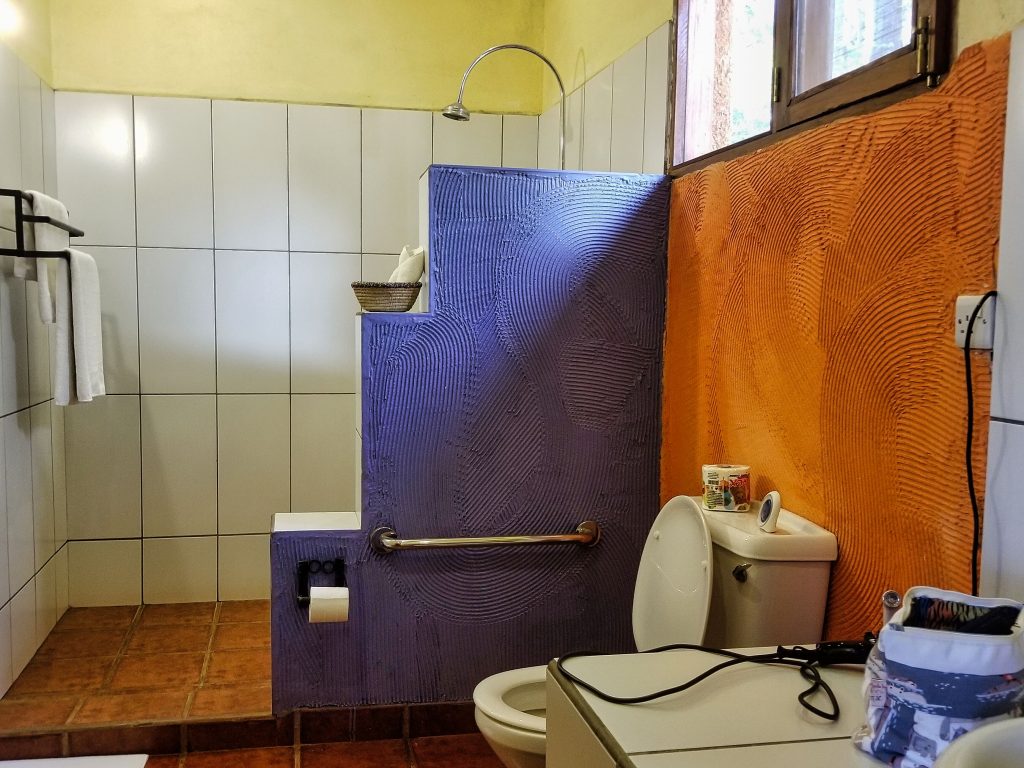 Not sure about the colors in the bathroom but the hair dryer worked.
Download 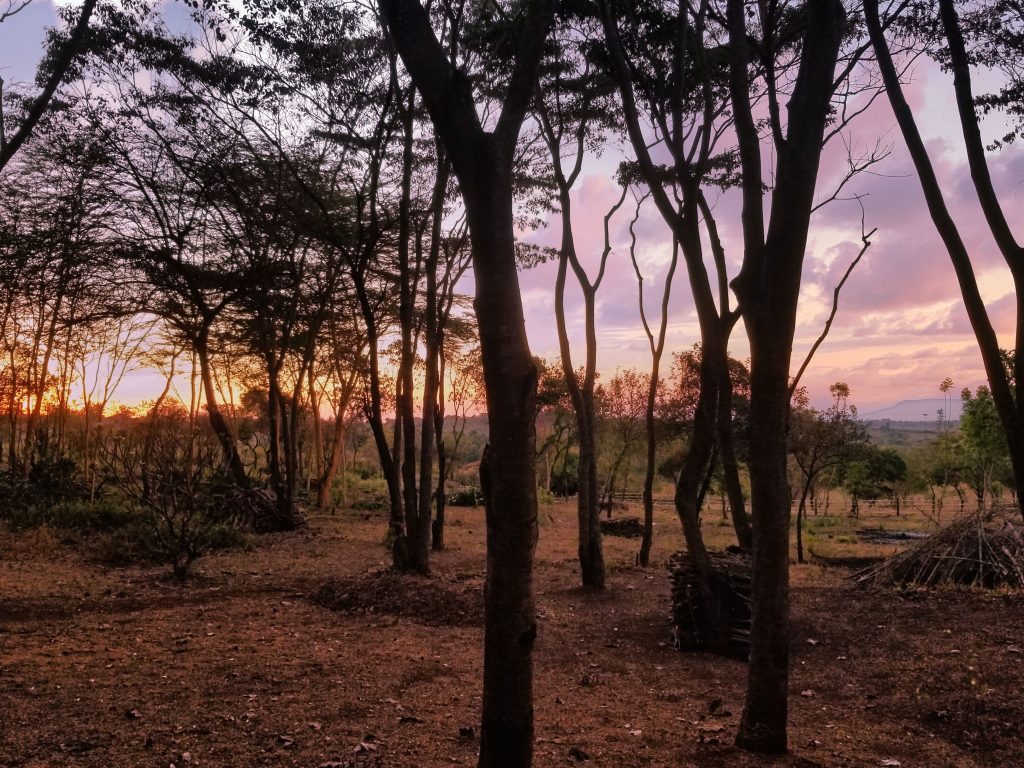 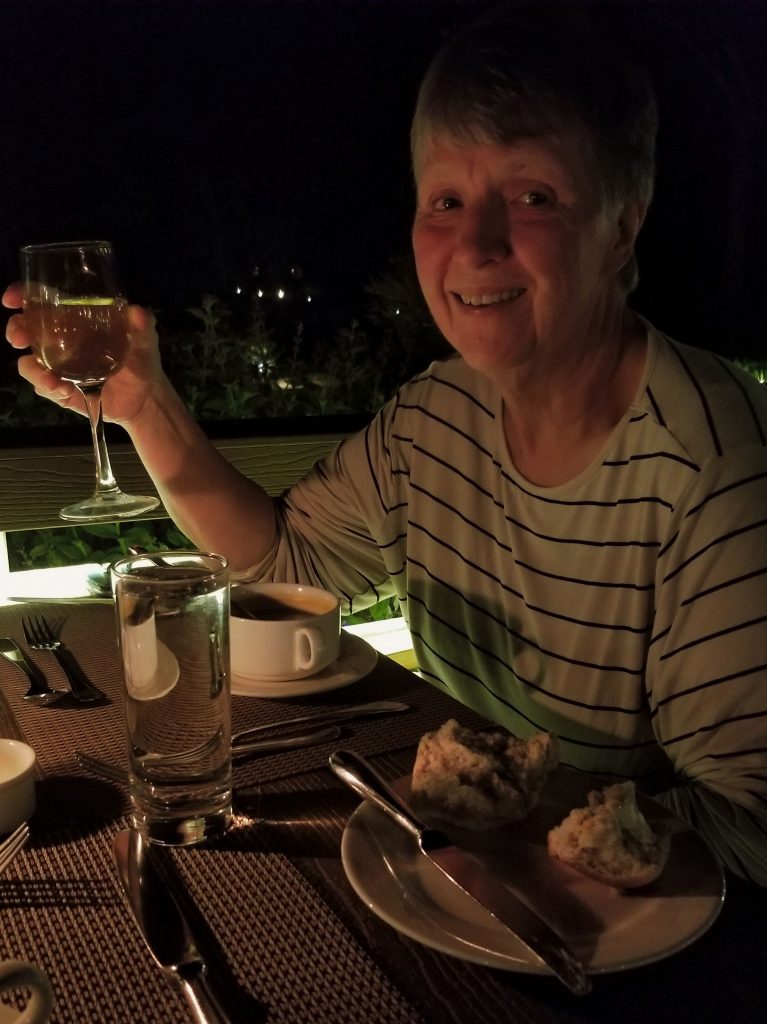 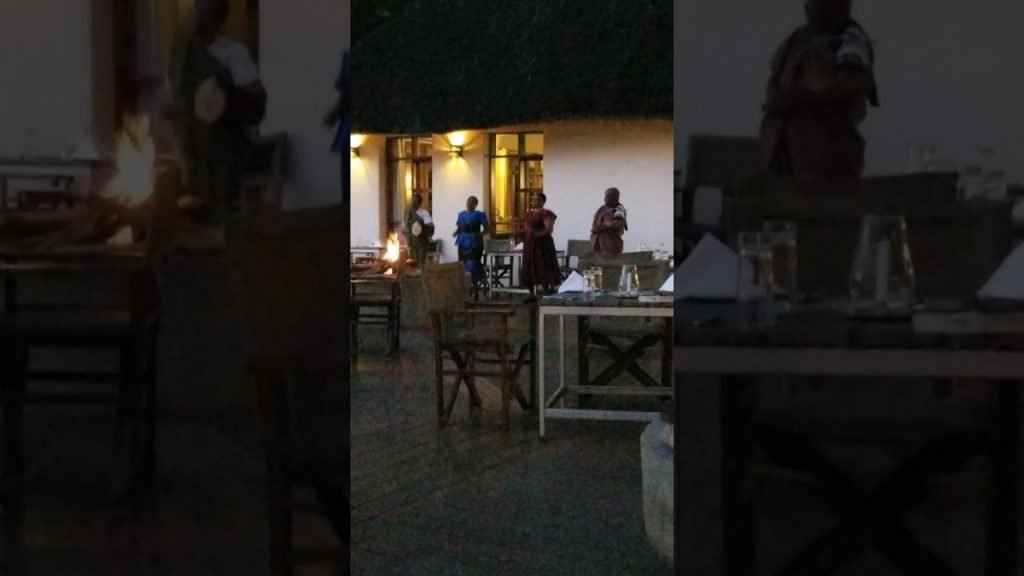 Play
A group from a local tribe provided entertainment - song and dance. Kathy danced but I didn't record the event.
Download 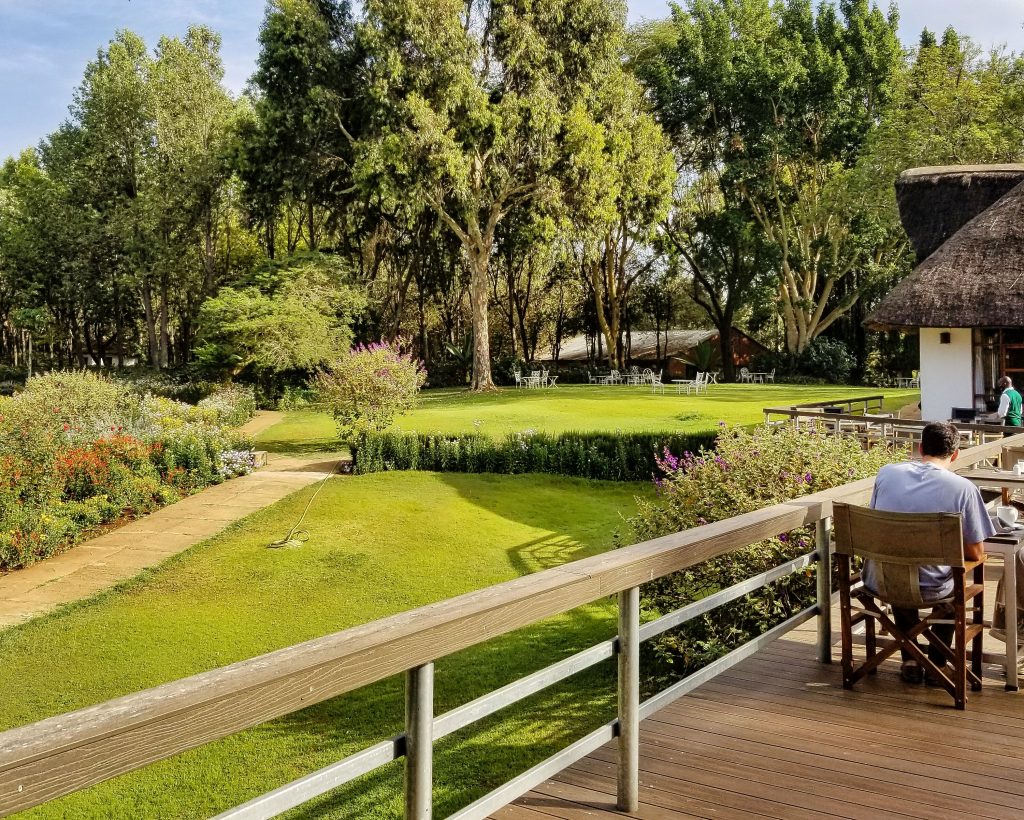 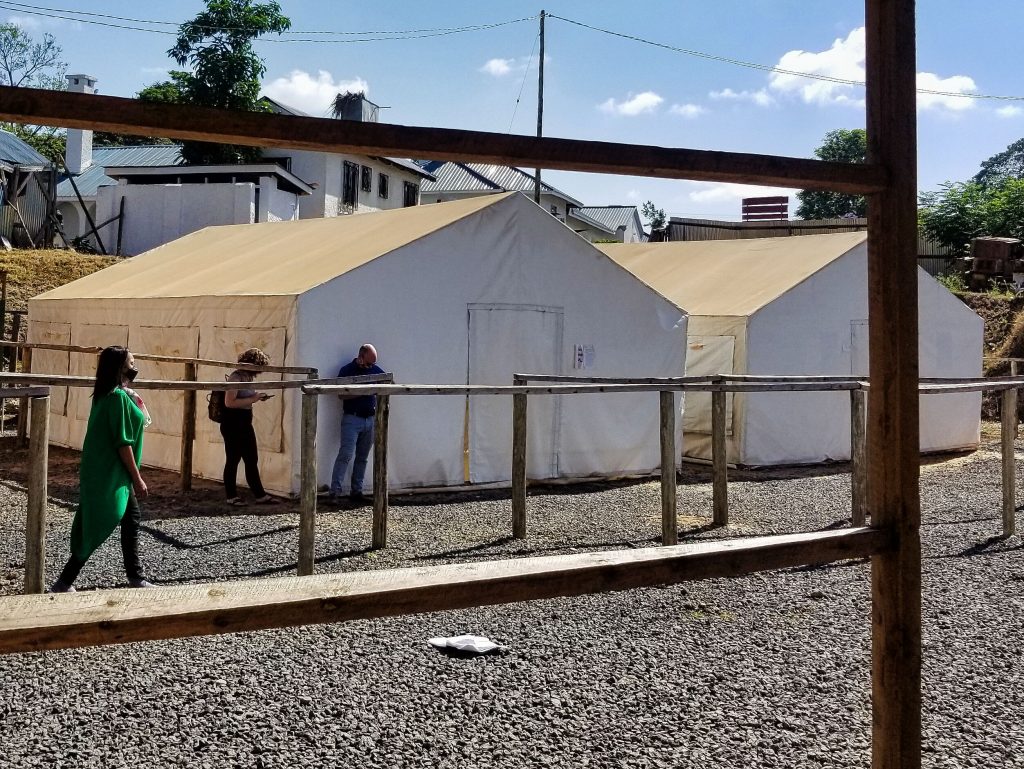 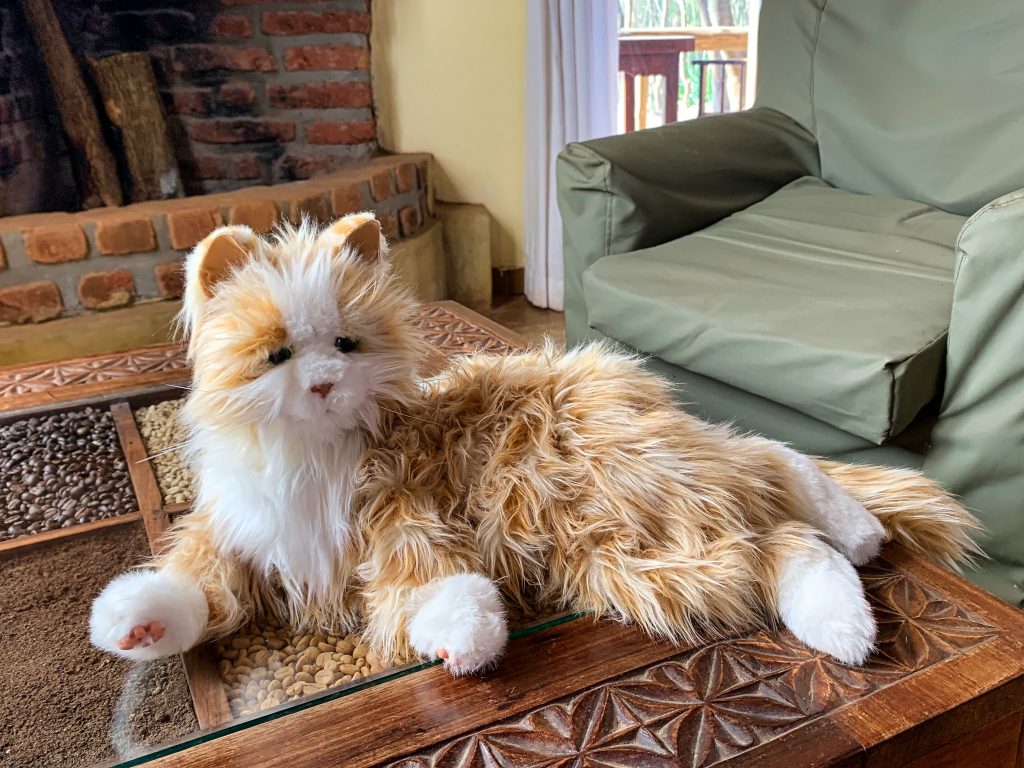